Upon graduation from West Virginia University Law School in 1971, Mr. Lancaster entered  private practice in West Virginia. He then entered the United States Air Force as a Captain and Judge Advocate. There he received the Air Force Commendation Medal and served in the European Command where he was the area defense counsel for all Navy, Army, and Air Force personnel assigned to Greece.  Mr. Lancaster was admitted to practice before the West Virginia Supreme Court in 1971, the U.S. Court of Military Appeals in 1972 and The Florida Bar and the Supreme Court in 1973.  He is also admitted before the U.S. Middle District Court of Florida and both the Southern and Northern Districts of West Virginia, the Eleventh Circuit Court of Appeal in Atlanta and the United States Supreme Court. 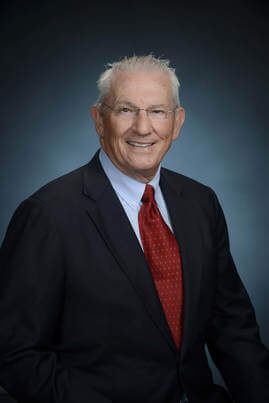 From 1975 through 1980, Mr. Lancaster was a member of a large law firm in Sarasota, Florida, representing major employers and insurance companies in civil litigation, personal injury, wrongful death and workers’ compensation.

In 1980,  Mr. Lancaster started the present firm of Lancaster & Eure, P.A.,  which has grown into the premier law firm of Southwest Florida representing injured persons in automobile accidents, and workers’ compensation. The firm is dedicated to helping those who are injured, disabled or damaged.  Lancaster & Eure has the legal and financial resources to litigate against major corporations, insurance companies, public bodies and nursing homes.  With a team of five seasoned attorneys and a staff of over thirty, Lancaster & Eure is capable and experienced in the battle to hold wrongdoers accountable for their actions.

In addition to his career activities, Mr. Lancaster is a long-standing member of the Downtown Sarasota Kiwanis Club and the Greater Sarasota Sertoma Club, volunteering countless hours each year in community events.  He also coaches girls’ and boys’ basketball teams and helps other youth groups whenever possible.

Mr. Lancaster constantly stays abreast of changing law relating to injuries and disabilities.  He attends numerous Florida Bar-sponsored seminars in these areas and is a frequent lecturer at many of the seminars.