Eric M. Christiansen began his professional career in 1993 as a Florida workers’ compensation adjuster. Mr. Christiansen gained a depth of experience in a broad variety of claims, including those arising from accidents in heavy industry, retail, staffing, and PEO environments. 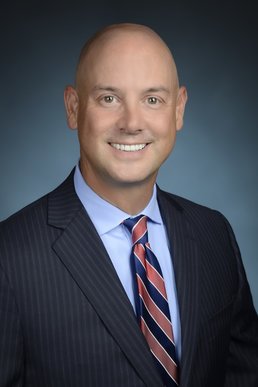 In 2005, he returned to the claims industry, and worked as a corporate employee in a variety of roles with increasing levels of responsibility. Mr. Christiansen’s most recent role in the claims industry was as a client services director for one of the largest claims administrators in the country. Mr. Christiansen was tasked with designing, implementing, and managing workers’ compensation and liability programs for large employers.

Mr. Christiansen realized his real passion was the practice of law. Having seen a number of injustices in his years within the insurance industry, he wanted to assist those in need, who had been unfairly treated within the workers’ compensation system. He joined Lancaster & Eure to represent the injured workers of our community, and to assist them in obtaining the benefits to which they are entitled.  In 2020 Mr. Christiansen became a partner of the firm.

Mr. Christiansen understands the Florida workers’ compensation system can be complicated and frustrating for an injured worker, and he takes great satisfaction from helping injured workers get the benefits they deserve.