Holly C. Keith is an attorney practicing in the fields of Workers’ Compensation and Social Security Disability, dedicated to representing the interests of the injured. 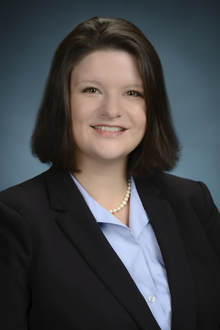 Born in Connecticut, Holly has been a Florida resident since the age of two, and grew up on Anna Maria Island. She graduated from New College of Florida in 2007, having earned her Bachelor’s degree in Foreign Languages. In 2014, Holly graduated from the University of Miami School of Law and was admitted to the Florida Bar the same year.

During her studies at UM, Holly was a member of the Public Interest Leadership Board and served as the President of the Trial Team. She was selected as a Miami Scholar and was also awarded the John F. Evans Memorial Scholarship in recognition of her accomplishments in the Litigation Skills workshop class.

Holly is a fluent Spanish speaker, and has represented Spanish-speaking clients in personal injury and mass tort cases.  She also speaks French and reads Ancient Greek. Prior to joining Lancaster & Eure, she represented the cleanup workers and residents injured by the BP Deepwater Horizon oil spill, as well as victims of motor vehicle accidents and slip-and-fall cases. In her free time, Holly enjoys collecting orchids, and spending time with her husband, dog, and parrot.